Warning:  many of these player pages have not been updated and still remain from the 2011-2012 season if you want player stats check out the stats page. 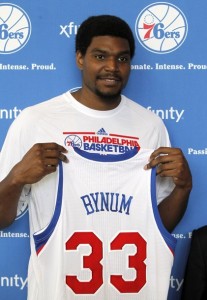 Andrew Bynum is a recently traded center from the 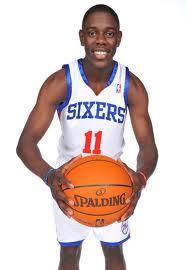 Jrue Holiday has been an essential player on the sixers roster for 2 years. He was born in Chatsworth California
and was picked 17th by the Sixers in the 2009 NBA Draft. He quickly became known as a essential player for the sixers and led the team to the 2011 Playoffs. He was also rated the 20th best point guard on the league by NBA.com. Jrue Holiday had a good season in 2012-2013, where he started and helped his team get to the second round of the playoffs. 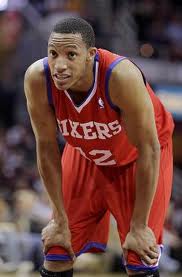 Evan Turner has been the starting shooting guard for 76ers as a rookie. He was born in Chicago, Illinois  He played for Ohio State in College and quickly became one of the best collegiate level players. He was drafted second in the 2010 NBA draft. and played well as a rookie.   In 2012 Evan Turner came off the bench for the Sixers and helped lead the team to the second round of the NBA playoffs. 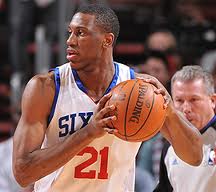